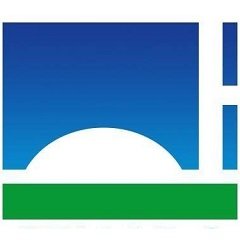 Instruções: Para responder à questão considere o texto abaixo.
States Push Online Fitness Programs
By RICK CALLAHAN
With obesity …........… across the nation, a growing number of states like Indiana are launching online initiatives to combat residents’ expanding waistlines. One such initiative is Indiana’s “10 in 10 Challenge,” an online program that commits participants to lose 10 pounds in 10 weeks. Proponents say online programs reach a vast audience, are relatively cheap and a quick way to let people know about upcoming fitness events and local resources.
Action to curtail obesity is badly needed for Indiana, which consistently ranks among the top 10 most obese states, and is second, behind Kentucky, in the percentage of adults who smoke, said Eric Neuburger, executive director of the Governor’s Council on Physical Fitness and Sports.
Indiana is far from alone – it’s one of 17 states where at least 25 percent of the population is obese, according to 2005 data from the Centers for Disease Control and Prevention.
In a report released in August by the Trust for America’s Health, the public health advocacy group said research suggests the nation would save $5.6 billion a year in costs associated with treating heart disease if just one-tenth of Americans began walking regularly.
Walking is one of the ideas behind Lighten Up Iowa, a Web-based four-month program that’s driven by teams who either track their minutes of activity, their weight-loss, or both. Now in its sixth year, the Iowa program has been so successful that 17 other states have modeled their own programs after it, capitalizing on the Internet’s vast reach and ability to connect people, helping them stay motivated, said the program’s coordinator, Deborah Martinez. Its sponsor, the nonprofit Iowa Sports Foundation, recently launched a national version, Lighten Up America.
The federal health agency is trying to combat obesity more broadly with programs in 28 states that encourage fitness through efforts that include building sidewalks and walking trails, said Robin Hamre, team leader of a national nutrition and obesity prevention program at the CDC.
Hamre hopes Congress will fund the program for all 50 states. With obesity striking Americans of all backgrounds, and surging in children, she said action is needed now.
“We’re seeing the same thing in all age groups and all races. This is an equal opportunity epidemic,” she said.
(Adapted from http://www.washingtonpost.com/wpdyn/content/article/2007/03/19/AR2007031900335.html)
A palavra que preenche corretamente a lacuna indicada no texto é