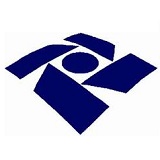 The real medicine
Source: Newsweek (adapted)
Oct 17th 2005
People who survive a heart attack often describe it as a wake-up call. But for a 61-year old executive I met recently, it was more than that. This man was in the midst of a divorce when he was stricken last spring, and he had fallen out of touch with friends and family members. The executive's doctor, unaware of the strife in his life, counseled him to change his diet, start exercising and quit smoking. He also prescribed drugs to lower cholesterol and blood pressure. It was sound advice, but in combing the medical literature, the patient discovered that he needed to do more. Studies suggested that his risk of dying within six months would be four times greater if he remained depressed and lonely. So he joined a support group and reordered his priorities, placing relationships at the top of the list instead of the bottom. His health has improved steadily since then, and so has his outlook on life. In fact he now describes his heart attack as the best thing that ever happened to him. "Yes, my arteries are more open," he says. "But even more important, I'm more open."
The text focuses on the relevance of