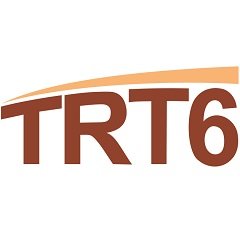 The new operating system makes the process faster and less disruptive to the operation of the computer
By Juan Carlos Perez
May 10, 2012 04:46 PM ET

IDG News Service − Microsoft has revamped the way Windows 8 monitors hard disk operations and detects problems in an effort to make the diagnostic and repair process less intrusive and disruptive, even as disk capacity continues to balloon.

The improvements in Windows 8 center on the ChkDsk utility, which inspects the hard disk and checks for a variety of errors and problems. Until now, running ChkDsk has often been inconvenient because end users have to stop using the machine while the utility runs, and the scan can take a long time to complete.

Microsoft also tweaked NTFS, the Windows OS file system. Until now, the NTFS "health model" conceived the machine's hard disk as a single unit that was either well or damaged, and which thus was taken completely offline and made unavailable to the end user while ChkDsk ran, sometimes for hours.

In Windows 8, however, the NTFS scans for problems in the background while the system remains online, and an initial attempt to fix problems on-the-fly is done.